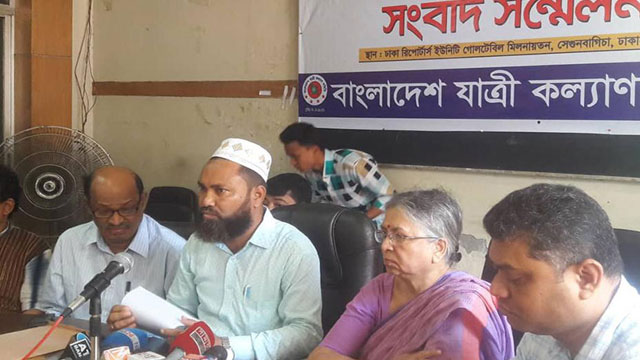 Dhaka, Jun 29 (Just News): At least 339 people were killed and 1,265 injured in 277 road accidents during the Eid-ul-Fitr holidays this year, a passengers' welfare platform said today.

Sixty-two people were killed on the country’s roads on June 23 alone, including 18 in one crash in Gaibandha, and this was the highest number of casualties in a single day in recent times, said Mozammel Haque Chowdhury.

Besides, at least 18 were killed, 55 others went missing and nine others injured in the accidents on waterways while 41 people were killed in train accidents during the period from June 11 to June 23, he said.

The plying of vehicles without fitness, restless driving, reckless driving, unskilled drivers, plying of slow-speed three-wheelers Nosimon and Karimon, poor road conditions, and speeding tendency of bus drivers to cope up with the trip numbers are the main reasons behind the accidents, the platform leader said.

The association also placed some recommendations, including regular audit to save road, stopping plying of vehicles without fitness and banning Nosimon and Karimon on highways.