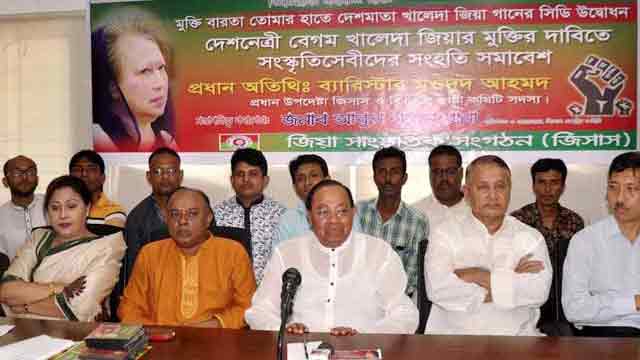 Dhaka, Jun 29 (Just News): Bangladesh Nationalist Party (BNP) senior leader Moudud Ahmed on Friday said their party would decide whether it would participate in the general election under the partisan-government only after assessing the civic elections to Rajshahi, Sylhet and Barishal.

Speaking at a discussion at the National Press Club arranged by Zia Sangskritik Sangathan, he also said the BNP is going to join the three upcoming city polls to prove further that a credible election is not possible under a partisan government, according to UNB news agency.

"You [people] may ask why you [BNP] are going to join the three other city polls while there was no [fair] elections in Gazipur? We've only one answer. We're joining the polls to expose further before the nation that election can't be free and fair under a partisan government and the election commission can't work independently under it," said the BNP leader.

Moudud, a BNP standing committee member, said the three city elections are the last test both for the government and the EC before the next general elections.

"If the three polls are held the way the Khulna and Gazipur polls were held, we will first be able to prove that a credible election is not possible under the partisan government. Secondly, we must decide whether we'll join the general elections under a partisan government. These polls will show us the path," he observed.

The BNP leader questioned the capability of the EC as, he said, it has completely failed to ho hold the Khulna and Gazipur polls in a fair and neutral manner.

"This commission is a subservient one. It has no ability and courage to exercise the power enshrined by the constitution."

The BNP leader said the current commission must be reconstituted before the next general elections as a credible and impartial election is not possible by them.

Turing to the Gazipur polls, he said the responsible media has depicted how the election was marred by various irregularities. "In fact, it was not an election."