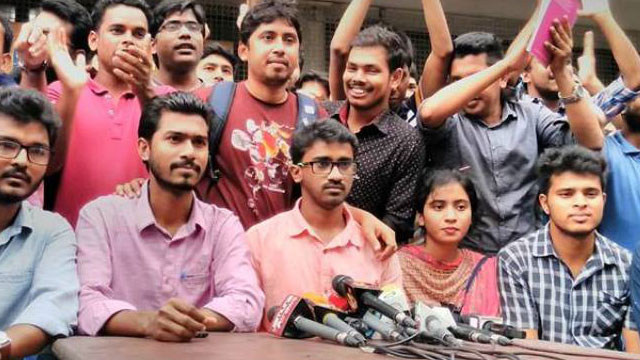 Dhaka, July 1 (Just News): Detectives arrested one of the leaders of the quota reform movement in Bhasantek area of Dhaka today.

Yesterday, at least seven members of the platform, including its joint convener Nurul Haque Nur, were beaten allegedly by a group of BCL activists in front of Dhaka University Library. However, the BCL denied the allegation.

The incident happened right before the protestors were about to hold a press briefing to announce their next course of action as three months have gone by since Prime Minister Sheikh Hasina declared the quota system would be removed.

Students of Chittagong University boycotted all classes and examinations today, protesting yesterday's attack on members of quota reform movement at Sholosohor in Chittagong.