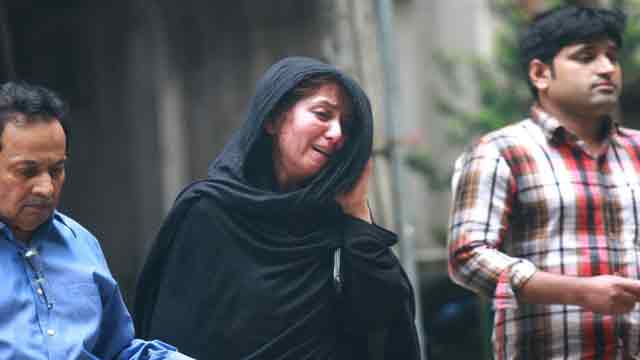 Dhaka, July 1 (Just News): People from all walks of life, including Bangladesh's foreign friends, on Sunday paid their deep tributes to those killed in the terror attack on Holey Artisan Bakery in the city in 2016.

On the evening of July 1, 2016, five militants entered the upscale cafe with crude bombs, machetes and pistols, and took several dozen people hostages, including 18 foreigners.

Twenty hostages - nine Italians, seven Japanese, one Indian, one Bangladesh-born American and two Bangladeshis- were killed as the militants sprayed them with bullets indiscriminately or cut their throats to confirm their death inside the cafe.

Thirteen people, including three foreigners, were rescued while 20 bodies of the hostages recovered from the restaurant after a successful operation, led by the 1st Para-commando Battalion, an elite force in the Bangladesh Army, the following morning (July 2).

Five militants and one restaurant staff were killed and one suspected militant was arrested during the drive.

A case was filed with Gulshan Police Station in connection with the worst terror attack.

Later, the case was transferred to the Detective Branch of Dhaka Metropolitan Police (DMP).

DMP Commissioner Asaduzzaman Mia on June 28 said the chargesheet in the case would be submitted in 10 days. "All the accused who supplied arms, explosives and financed the attack are now identified," he had said.

Representatives from different political parties, foreign and diplomatic missions, police and Rapid Action Battalion (Rab) placed wreaths at the site of the carnage in the morning.

Besides, a delegation of Awami League, led by its General Secretary Obaidul Quader, paid homage to the victims around 10:25 am.

Speaking on the occasion, Quader, also Road Transport and Bridges Minister, said although the militants have become weak, they have not been eliminated yet. "Actions were taken immediately after the incident. We've been able to weaken the network of militants with the help of law enforcement agencies. The chargesheet in the caf&eacute; attack case will be submitted within this week," he added.

Replying to a query, he said, "The incidents of militant attack have occurred in many countries in the world. Even, it happened in the USA. It doesn't mean that the image of the country has got damaged for the militant attack on Holey Artisan Bakery."

In response to another question, the ruling party leader said there was no major militant attack after the Holey Artisan one in the country.

A BNP delegation, led by its Vice-chairman Major Gen (retd) Ruhul Alam Chowdhury, paid respects to the victims around 1:30 pm. The DMP installed the murals of its two officials -- Rabiul Islam and Md Salahuddin Khan, who were killed during the attack, in front of old Gulshan Police Station at Gulshan Avenue in the city.