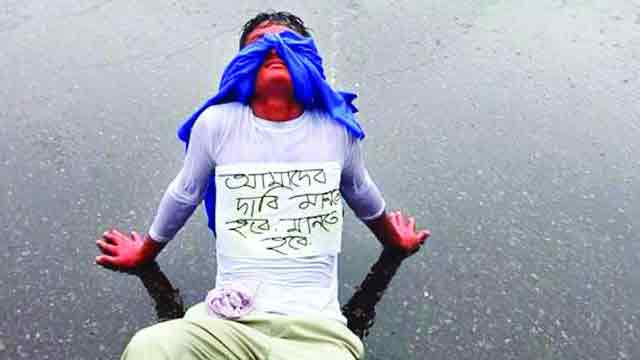 Dhaka, July 31 (Just News): Shipping minister Shajahan Khan on Tuesday offered apology for his smile at a programme at a question of a journalist on death of two students of Shaheed Ramiz Uddin Cantonment College under wheel of a bus on Sunday.

‘I had smiled at the context of the journalists’ question at that programme. I am really sorry for that and if anyone got hurt, I expect they would see it with a forgiving attitude,’ he said at a programme of Sramik Karmachari Peshajibi Muktijoddha Samanway Parishad at BCIC Bhaban in Motijheel.

While offering apology, the minister laughed again and said laughing is his trait.

At the function, leaders of the parishad had blasted social media users who trolled the minister’s smile.

One of them said the minister’s smile is the blessing of God and those who are trolling it are agents of BNP-Jamaat.

Another leader Helal Morshed Khan Bir Bikram said the smile of the minister is his greatest tool and it had attracted all his supporters.