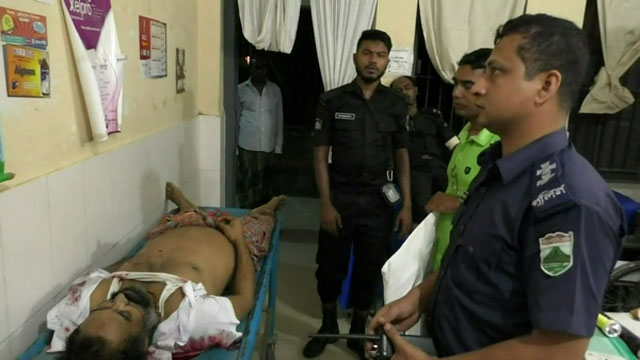 The deceased was identified as Kabil Sheikh, 45, of the upazila, Our Natore correspondent reports quoting Major Mostafa Shibli of Crime Prevention Company (CPC)-2 of the Rab-5.

The Rab official said a team of Rab-5, who was patrolling Mohishvanga village around 1:00am, challenged a group of people over their suspicious activity.

Following their challenge, Kabil and his cohorts started firing at the elite force members, forcing them to fire back in self-defense, triggering a “gunfight”.

After a brief “gunfight”, the Rab men found bullet-hit Kabil on the spot and sent him to the local health complex, where doctors declared him dead.

Kabil was wanted in a dozen of cases, the major said adding that the gunfight also left two Rab members injured.

A foreign pistol, bullets and yaba were recovered from the scene.