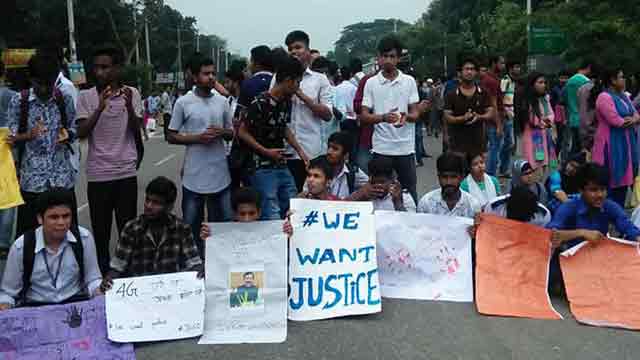 Dhaka, Aug 2 (Just News): Two school students, who joined the student demonstrations demanding justice for those killed in a recent road crash in the city, were injured after reportedly being hit by a 'police vehicle' in front of Rajarbag Police Lines in Dhaka today afternoon.

Witnesses said a group of students were checking driving licenses of vehicles in front the gate No 1 of Rajarbag Police Lines.

At one stage, they obstructed a police vehicle for checking its driving license.

The injured were then taken to a city hospital.