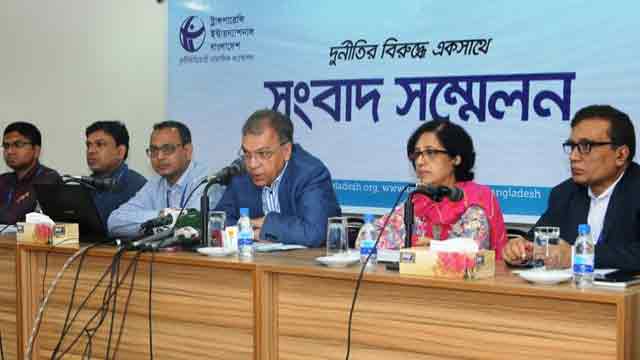 Addressing a press conference at its office in the capital, TIB executive director Iftekharuzzaman said that the ministers are involved in leading posts of the transport workers and owners’ associations while they holding the public offices which obvious have conflict of interest.

He said that a person cannot hold the post if minister and labour leader at the same time.

‘There are two ministers like this. We demand removal of them as we want transparency and accountability in transport sector,’ the TIB executive director said.

Iftekharuzzaman said that the transport sector was tangled in a triangle cycle of corruption – politics, business and administration.

He said that TIB extended its fully support the students’ movement in Dhaka and elsewhere in the country demanding discipline in the transport sector following recent deaths of two students on the Airport Road.

The government has long been ignoring the road safety issue and there was no practical and sincere initiative to improve the traffic situation.

Rather, authorities have protected those responsible for deaths on the streets, he said.

He said that tradition of skipping from justice cannot continue.

‘Those who find conspiracy in this movement are actually the conspirators,’ he said.

Iftekharuzzaman made the remarks while speaking on the sideline of a press conference on transparency in foreign-funded NGOs in Bangladesh.