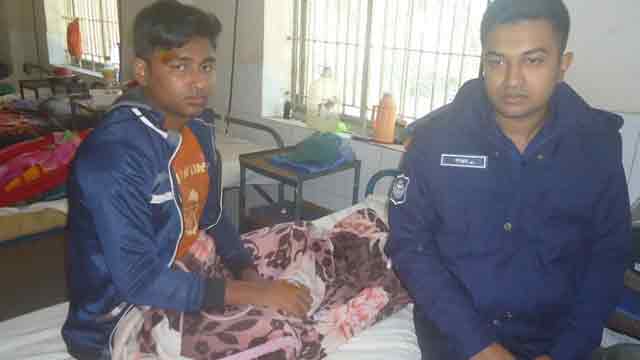 Bandarban, Dec 17 (Just News): Two activists of Bangladesh Chhatra League (BCL) were sent to jail on Saturday in a case filed over attack on police in the district town.

The accused are Ariful Haque, organising secretary of ward No. 4 unit of municipal BCL and its activist Saifuzzaman.

The BCL men, riding on motorbikes, hit a plain-dressed police official and then locked into a scuffle with the law enforcers in Rajar Matt area around 6:00pm on Friday, said Golam Sarwar, officer-in-charge of Sadar model police station.

The injured were admitted to Bandarban Sadar Hospital.

A case was filed against 30 people, naming five men.

Later, police arrested Ariful from Rajar Matt area and Saifuzzaman from his house.

On Saturday, they were produced before a court and the court sent them to jail custody.