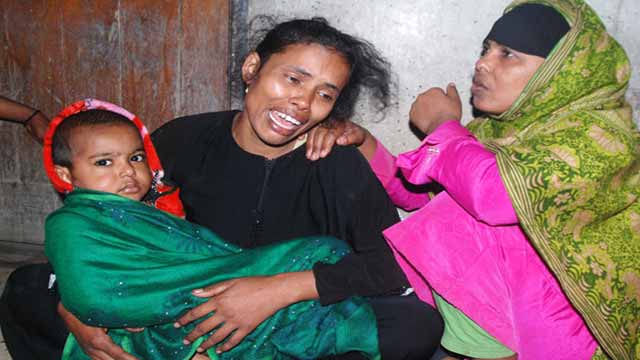 Dhaka, Dec 18 (Just News): A five-year-old boy who was on his mother's lap fell down on road and died as the muggers were trying to snatch her hand bag in the capital's Suptrapur area on Monday morning.

The victim was Arafat, son of Shah Alam and Aklima Begum, hailing from Shariatpur town.

Quoting family, police said Aklima along with Arafat was heading towards Shanir Akhra riding on a rickshaw in the early hours of Monday.

When they reached Doyaganj around 7:00am, a group of muggers intercepted the rickshaw and yanked away the hand bag of Aklima.

During the mugging attempt, Arafat fell down on road from his mother's lap and sustained serious injuries.

He was then whisked off to Dhaka Medical College Hospital (DMCH) where physicians declared him dead, said Bachchu Miah, in-charge of DMCH police outpost.

Earlier this morning, Sham Alam along with family members reached Dhaka by launch from Shariatpur.

Alam sent his wife along with Arafat to a relative's house in Shanir Akhra and he moved to the DMCH with his ailing son Alamin, 2.