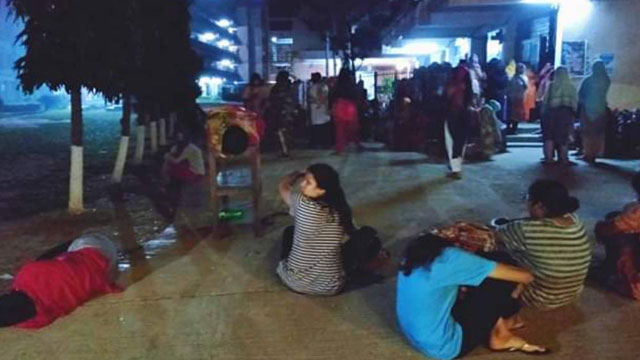 “Ducsu election was not free and fair. We want a reelection,” said Tahmina, a resident of the hall.

“Students failed to cast their votes freely. The hall authorities can’t avoid responsibility for irregularities. That’s why we want the provost’s resignation,” she added.

The protest continued until 4am.

Marjuka Raina, a student of Ruqayyah Hall, filed a case against five people, including Ducsu vice-president-elect Nurul Haq Nur, with Shahbagh police for assaulting the provost on Monday night.

Ducsu election was held on Monday, after nearly three decades, but it was marred by allegations of irregularities. All panels, except that of Bangladesh Chhatra League, boycotted the polls alleging vote fraud. They also announced to boycott classes, but later withdrew it.

But the results came as a shock to the BCL whose candidate Rezwanul Haque Chowdhury Shovon was defeated by quota reform movement leader Nur for the VP post. Shovon’s supporters rejected the result of the VP post and demonstrated on the campus.

VP-elect Nur also demanded reelection to all posts, citing irregularities, and holding them under the supervision of new officials.