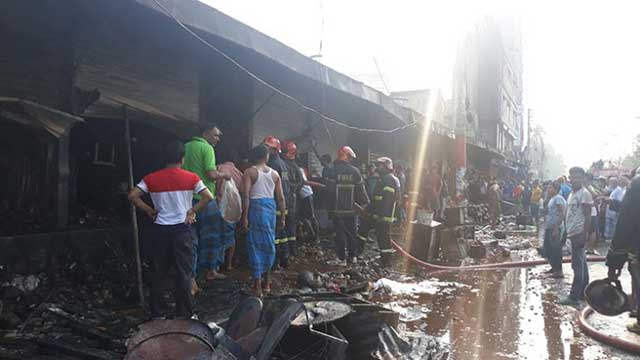 Thirteen units of firefighters brought the blaze under control after over an hour of their efforts around 6:35 am, he told.

No casualties were reported and the reason behind the blaze could not be known immediately.