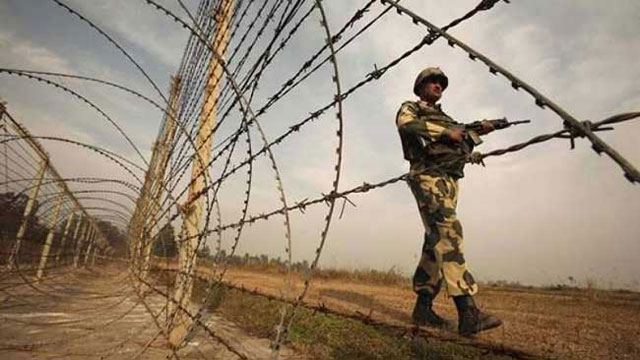 The bullet-hit body of a man was found at a frontier village in Shibganj upazila of Chapainawabganj this morning.

The deceased was identified as Bisharat Ali, 23, son of Toimur Ali of Tarapur-Charokpara village in the same upazila, our Chapainawabganj correspondent reports quoting a BGB official.

Locals spotted the body of Bisharat on a paddy field at Tarapur village, around two kilometers away from zero line, in the morning, said Lt Col Sajjad Sarwar, commander of Border Guard Bangladesh 53 Battalion.

Later, a team of BGB rushed to the spot and informed police in this regard.

Responding to a query, the BGB official said they are not sure whether the man was killed by Indian border security force or not. “We are investigating the matter.”