Bangladeshis among migrants stranded in boat off Tunisia for 12 days 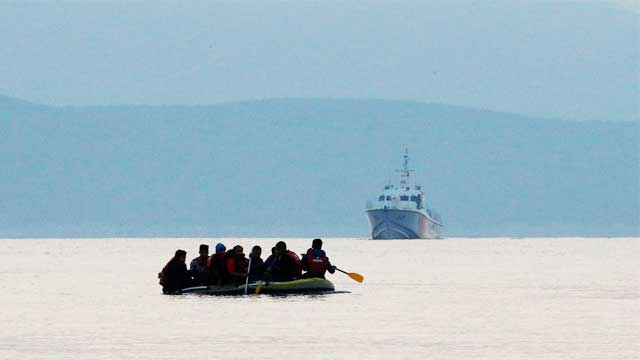 A rescue boat carrying around 75 migrants, most of them from Bangladesh, has been stuck off Tunisia for 12 days after authorities refused to let them disembark, the Red Crescent said yesterday.

The Egyptian boat rescued the migrants in Tunisian waters, but authorities in the governorate of Medinine say its migrant centres are too overcrowded to allow them to come ashore, leaving the vessel 25 km from the coastal city of Zarzis.

A government source said the migrants had refused food and medical aid and were demanding that they be allowed to cross into Europe - their likely target, hoping to reach the chance of a better life, when they set off.

Red Crescent official Mongi Slim said doctors had reached the boat to provide some medical help, but others had repeatedly refused any aid.

"After 12 days at sea, the migrants are in a bad condition," he told Reuters.

Among the group who set off from Libya, 64 are from Bangladesh and the rest are from Morocco, Sudan and Egypt, the Red Crescent said. The details of their rescue were not immediately clear.

Neighbouring Libya’s west coast is a main departure point for African migrants hoping to reach Europe by paying human traffickers, though numbers have dropped due to an Italian-led effort to disrupt smuggling networks and support the Libyan coastguard.

At least 65 migrants drowned last month when their boat capsized in the Mediterranean Sea off the Tunisian coast after they had left Libya hoping to reach Europe.

In the first four months of 2019, 164 people are known to have died on the route, a smaller number but a higher death rate than in previous years, with one dying for every three who reach European shores, the U.N. refugee agency UNHCR said.-Reuters