Toll rises to 25 as floods worsen 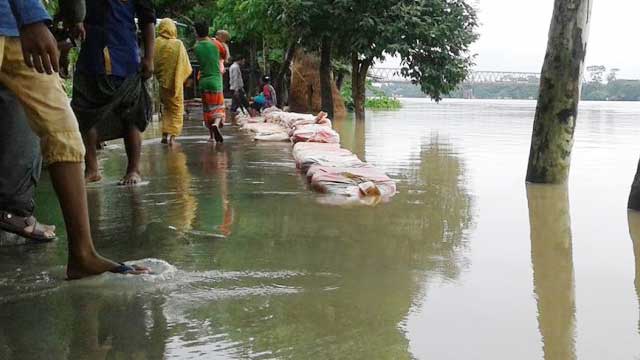 So far 25 deaths have been reported from different parts across the country, said Directorate General of Health Services.

Among them, three have been reported in the last 24-hour.

Health Emergency Operation Center and Control Room sources said, 25 deaths have been reported from Jul 10 to Jul 16. Among 18 died being drowned in the flood water, two of snake bite and five killed in the thunderstorm.

Among the deceased, three people are from Lalmonirhat, seven from Netrokona, two from Nilphamari, one from Chattogram, Two from Sunamganj, one from Cox’s Bazar, Three from Kurigram, four from Jamalpur and two from Gaibandha.