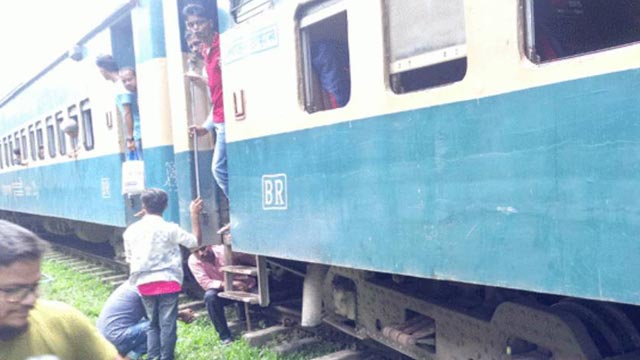 Rail communications on Dhaka-Sylhet route remained suspended for an hour on Saturday following derailment of a compartment of a Dhaka-bound intercity train in Kulaura upazila.

Muhib Uddin, station master of Kulaura Junction, said a compartment of Kalni express train from Sylhet veered off the tracks while entering Kulaura junction at 9am, halting train communications on Dhaka-Sylhet route.

The train communications were resumed after the compartment was removed at 10am, he added.

On June 24, six bogies of Upaban Express train derailed in Kulaura upazila, killing at least four passengers and injuring over 200 others.