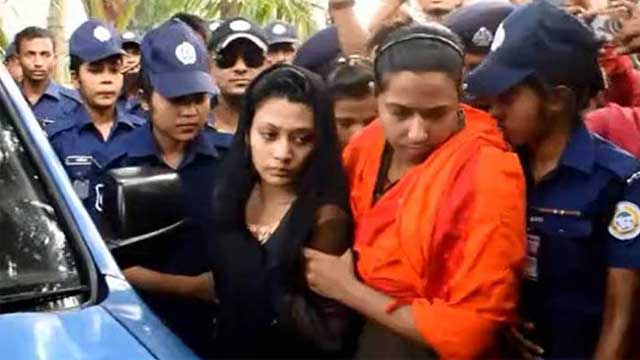 A Barguna court today rejected the bail petition of Aysha Siddika Minni in connection with the murder of her husband Rifat Sharif.

Yesterday, a four-member team from ASK reached Barguna to provide legal aid to Minni, who has been arrested over alleged involvement in Rifat Sharif murder.

On July 16, police arrested Minni after a daylong interrogation. A court placed her on a five-days remand the following day.

On July 19, a Barguna court recorded the statement of Aysha Siddika Minni in connection with the case filed over the murder of Rifat Sharif, who was hacked to death in broad daylight.

Minni is the key witness of the murder that took place in front of her college on June 26. Rifat Sharif, a 25-year-old internet service provider, was indiscriminately hacked by a group of youths there.

In a video footage of the incident that went viral in the social media, Minni was seen screaming and trying in vain to save her husband from the assailants.

The victim’s father filed a murder case with Barguna Sadar Police Station against 12 people on the same day.

The prime accused in the case, Nayon Bond, was killed in a “gunfight” with police on July 2.