Taxicab plunges into canal in Savar 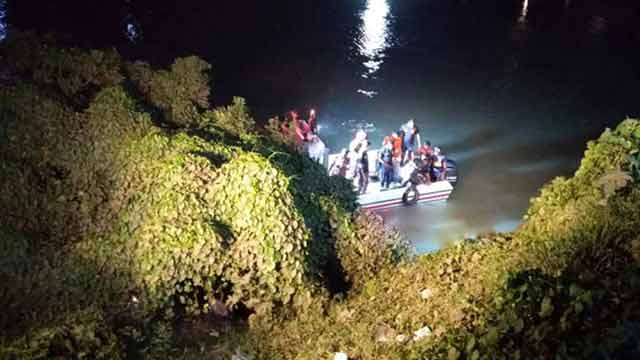 A taxicab fell into a canal in Aminbazar area on the outskirts of the capital on Sunday night.

Jasim Uddin Joy, a witness, said the Dhaka-bound taxi skidded off the approach road of the Salehpur Bridge and plunged into the canal, connecting to the Turag River, around 8pm.

However, it was not clear how many passengers were inside the vehicle and what their fate was.

On information, naval police and divers of Fire Service and Civil Defence rushed to the spot around 8:45pm and launched a rescue operation, said AFM Sayed, officer-in-charge of Savar Model Police Station.

He said they were trying to locate the taxi. However, it could not be traced till filing of this report around 11:45pm.

The OC also said the rescue operation was being hampered due to strong current in the canal.

Meanwhile, the accident led to tailbacks on the Dhaka-Aricha highway.

A Baishakhi Paribahan bus fell into the canal from the approach road of the bridge on October 10, 2010, killing 18 people.