University student sent to jail for rape in Khulna 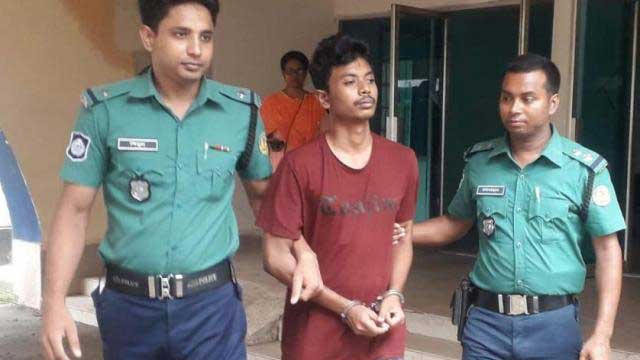 A court in Khulna has sent a student of North Western University to jail in a case filed for raping a female student of the same university.

The court, however, ordered to send him to jail, he said.

"We also sought a five-day remand for the accused under police custody. A hearing will be held on the matter next week," he said.

The IO said the victim, 21, filed the case on Friday, and was admitted to One-stop Crisis Centre at Khulna Medical College and Hospital.

Quoting the victim, Sonadanga police station Officer-in-Charge (OC) Md Momtajul Haq said, LLB student Shinjan and the victim were acquainted with each other for two years, and the former proposed an affair a year back.

Promising her marriage, Shinjan developed physical relationship with the victim that resulted in pregnancy which is now at six months, he said.

The plaintiff went to the house of Shinjan in Mujgunni Residential Area of Khulna city on Thursday night and got informed that he was already married to another woman.

An argument ensued between them when Shinjan tried to send her away forcibly by a local human hauler, locals came forward, and caught Shinjan, the OC said.

Later on, he was handed over to the police early Friday.