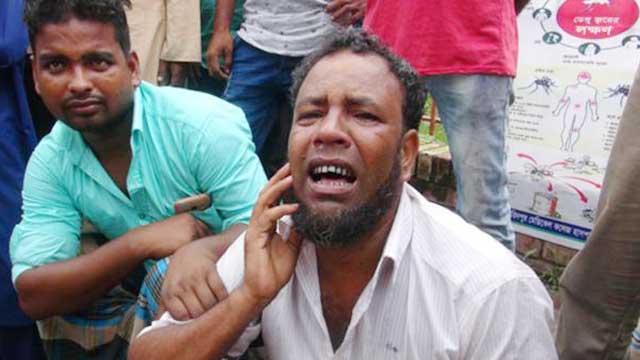 The deceased was identified as Sumon Bashar Raj, 18, son of Mizanur Rahman of Changpur village in Magura district. He was a second year student of a government college in Magura.

Mostafizur Rahman Bulu, assistant director of Faridpur Medical College Hospital, said Sumon was admitted to the hospital on August 12 and breathed his last around 10 am.

Faridpur Civil Surgeon office sources said at least 73 new dengue patients were admitted to different hospitals in the districts in the last 24 hours till Saturday morning while 396 are undergoing treatment.

A total of 1,719 people infected with dengue were admitted to hospitals across the country in 24 hours till 8am on Friday, according to the Health Emergency Operation Center and Control Room of the Directorate General of Health Services (DGHS).

The government has so far confirmed 40 deaths although unofficial estimates suggest the death toll is much higher.

The DGHS said 49,999 people were hospitalised with dengue since January this year. Of them, 42,243 had made full recovery.

Currently, 7, 716 patients are undergoing treatment at different hospitals and clinics.