No definite word from govt yet 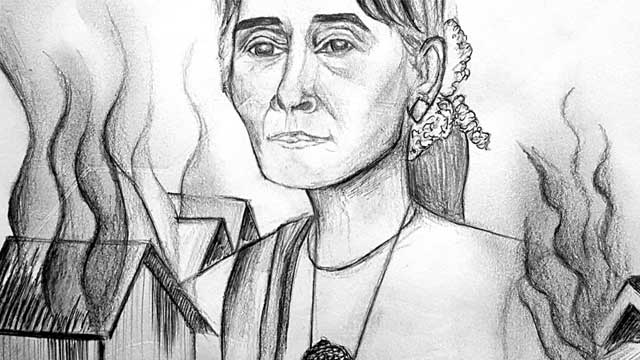 The government is yet to say anything definite regarding the second attempt to repatriate the Rohingya refugees from Bangladesh to Myanmar starting from August 22.

At an event on Rohingyas, organized by Bangladesh Institute of International and Strategic Studies, in Dhaka on Sunday, Foreign Secretary M Shahidul Haque said: "Repatriation may start any moment; lots of things are happening behind the curtain though all efforts may not be successful in the end.”

“In the next few weeks we shall encourage the Rohingyas to go back. If they do not, then they will lose all their rights,” he added.

Saying that repatriation of Rohingyas is a priority issue for Bangladesh, Shahidul said: “Many people mistake this issue as a crisis between Bangladesh and Myanmar.

"That is not the case at all. This is a complication between the state of Myanmar and her people."

However, after a meeting in Cox’s Bazar yesterday, Chittagong’s Additional Divisional Commissioner Nurul Alam Nezami said that Bangladesh and Myanmar were all set to repatriate a selected batch of Rohingyas to their homeland.

“If everything remains on track, the process may continue further.”

Bangladesh currently hosts more than 1.1 million Rohingya in different refugee camps at Teknaf and Ukhiya in Cox’s Bazar. Over 700,000 of them crossed over from Myanmar’s Rakhine state since August 25, 2017 fleeing brutal persecution.

Saying that Bangladesh will not assimilate the Rohingyas, he added: "Bangladesh is a populous country and there is no chance to have the Rohingyas integrated with the locals."

Stressing the need to make the issue an international one, he observed: "Bangladesh must be more active on the matter.

"In 2014, we wanted to talk about the matter with Myanmar, but they declined."

Echoing his remarks, former Bangladesh envoy to China Munshi Foyez Ahmd said: "A few Buddhist and political leaders and military generals are exploiting The Rohingya imbroglio. In the past, divisive propaganda was carried out in Rakhine, which needs to be countered."