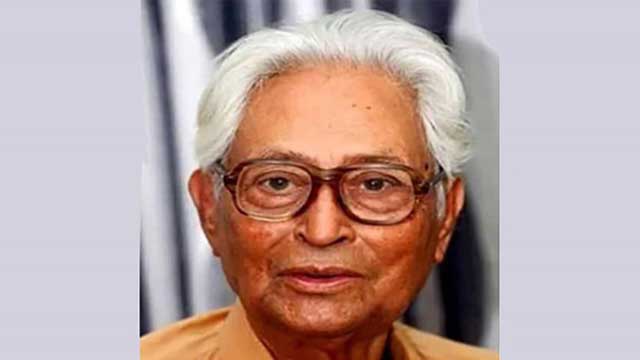 The last surviving member of the advisory council of Bangladesh’s government in exile during the war of independence in 1971, Professor Muzaffar Ahmed, died at a Dhaka hospital on Friday. He was 97.

The veteran politician was suffering from old age complications for the past few years. He was shifted to the intensive care unit of the hospital as his condition deteriorated on Tuesday night.

Muzaffar was born on April 14 in 1922 at village Alahbad of Debidwar in Cumilla.

He started his political life in 1937, when he was a student and was involved with Chhatra Federation.

Alongside politics, Muzaffar taught at Dhaka College and Dhaka University.

He was elected national assembly member as a candidate of Jukta Front in 1954 from Debidwar constituency.

He was elected president of then East Pakistan NAP in 1967.

The Awami League-led government in 2015, awarded him with the Swadhinata Padak, but he refused it.