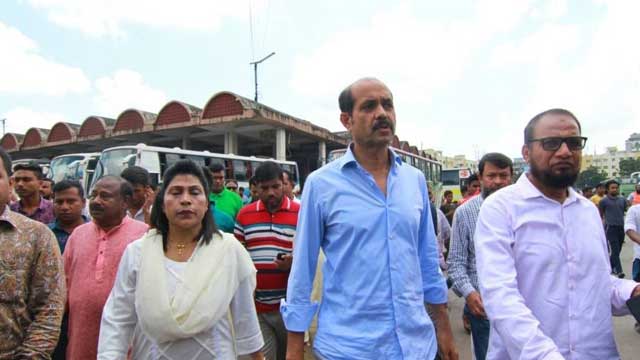 The Dhaka North City Corporation (DNCC) anti mosquito drives have been put on hold for the last two days since the mayor left town although they were to continue.

Mayor Atiqul Islam left for Nepal on Thursday (Aug 22) and is scheduled to return on Saturday (Aug 24).

Although the drives to destroy Aedes mosquito larvae were to continue, they’ve been stopped the moment Atiqul left town.

Dhaka North undertook an initiative to comb through the homes and buildings under its jurisdiction and fine those where Aedes mosquito larvae will be found.

The 20-day test run was inaugurated by the mayor himself on Thursday (Aug 20). The drives were put on hold the very next day despite the fact that the weekly holidays of the city corporation have been scrapped in light of the dengue menace.

A spot visit to DNCC ward No. 19 showed that the raids were not being carried out and a cleaner wishing to remain anonymous said that they’re not working on the weekend.

Admitting that the raids have not been carried out for the last two days, a top DNCC official wishing to remain unnamed said, “The workers are not working. If the mayor was here the drive couldn’t have been put on hold under any circumstances.”

Responding to queries on the two-day hold, he said that the mayor himself has told that the workers be allowed to relax on Friday.

The first day of the combing-operation at ward 19 was not a smooth one for DNCC as the home owners shut the roofs or their homes altogether to avoid the raid.