Woman dies of dengue in Khulna 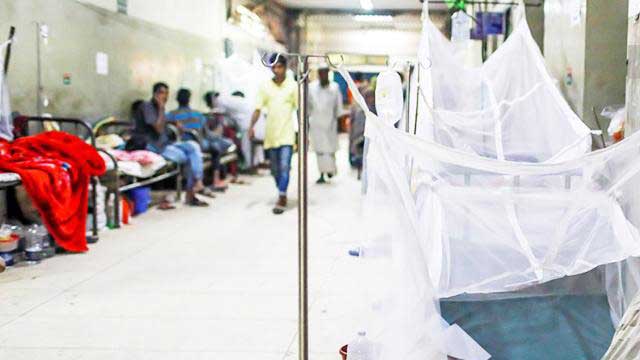 The deceased Rahima Begum, 50, was the wife of Rafiqul Islam of Azrail village in Tala upazila of Satkhira.

Dr Sailendranath Biswas, resident medical officer of KMCH, said Rahima was hospitalised on Monday with dengue. She died around 11:30pm.

So far, 11 people have died of dengue in the district.

Bangladesh has been fighting an uphill battle against the mosquito-borne disease this year. Since January, 77,983 people were hospitalised with dengue. Of them, 74,714 made full recovery.

During this period, the Institute of Epidemiology, Disease Control and Research (IEDCR) received information about 197 dengue-related deaths. So far, it has reviewed 101 cases and confirmed 60 dengue deaths.