4 including cop killed as bus hits truck in Gopalganj 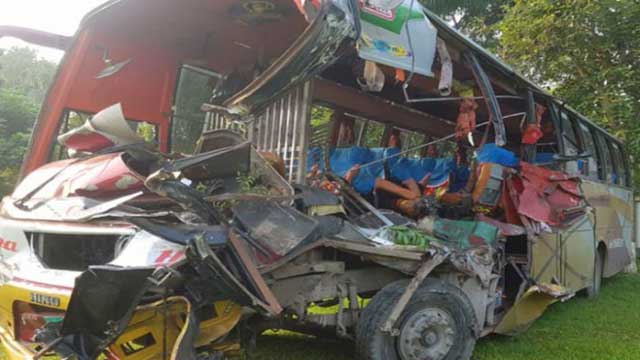 Four people including a police officer were killed and 15 injured after a bus hit a truck stationed on the Dhaka-Khulna highway in Gopalganj Sadar upazila early today.

Apart from SI Abdur Rashid, all the three deceased hailed from Nazirpur upazila of Pirojpur.

A Pirojpur-bound bus of ‘Imad Paribahan’, which left Dhaka around 2:00am, collided with the stationed good-laden truck in Shonashuri area, leaving its two passengers dead on the spot, the OC said.

The police official died at Khulna Medical College Hospital while another died on way to 250-bed Gopalganj General Hospital.

The injured were admitted to the Gopalganj general hospital.