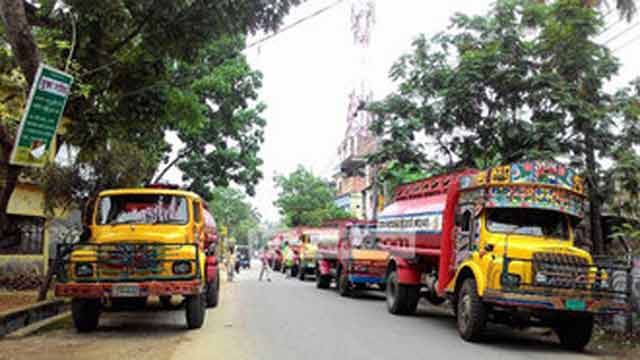 Supply of fuel oil remains suspended in 15 districts of Khulna and greater Faridpur since this morning following a 10-hour strike enforced by tank-lorry workers demanding withdrawal of a case filed against their two fellow workers.

Ten districts of Khulna and Gopalganj, Faridpur, Shariatpur, Madaripur and Rajbari have been affected by the strike as the workers of three state-owned oil companies Padma, Meghna and Jamuna expressed solidarity with the tank-lorry workers and refused to load oil to the tanks and lorries.

Sheikh Noor Islam said they were demanding the withdrawal of the case filed against two union members in connection with the accident that took place on April 4 in Aronghata area of Khulna.