Miller shocked, saddened by the killing 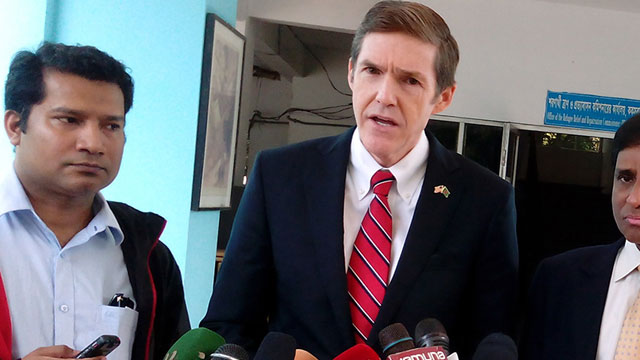 The US ambassador in Dhaka, Earl R Miller, on Thursday expressed his grief at the killing of Bangladesh University of Engineering and Technology student Abrar Fahad.

‘I am shocked and saddened by the killing of BUET student Abrar Fahad,’ he said in a Facebook post of the embassy’s verified page late Thursday.

‘Freedom of expression is a fundamental right in any democracy. We join all voices asking for a full investigation and offer heartfelt condolences to his family,’ Miller said.

Abrar, a second-year student of electrical and electronic engineering department of BUET, was tortured to death by a group of Bangladesh Chhatra League leaders of Sher-e-Bangla hall on Monday early hours reportedly for his critical views on social media over the recently signed deals between Bangladesh and India.

Protests razed across the country after his death.

BUET students are pressing for their 10-point demand, including capital punishment to the killers, expulsion of the assailants and complete ban on student politics on the campus.