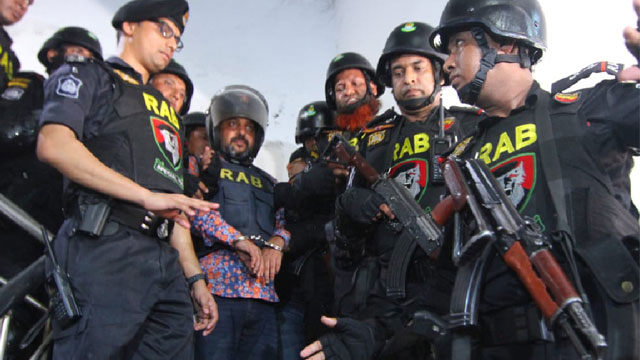 He has been released from the hospital and shifted to the central Jail in Keraniganj, its jailer Mahbubul Islam confirmed The Daily Star.

A vehicle from the jail was sent to the hospital to bring Samrat back, the Jailer added.

The authorities of Keraniganj Central Jail took Samrat to Dhaka Medical College Hospital on October 8 after he complained of chest pain. Later, he was moved to NICVD.

A seven-member medical board, headed by the director, was formed for his treatment.

A mobile court sentenced Samrat to six months’ imprisonment under the Wildlife Conservation Act after Rab recovered two kangaroo hides from his office in the capital’s Kakrail.

Samrat, who according to different media reports was involved in various misdeeds and corruption, came under the spotlight after Rab busted his illegal casino business in different sporting clubs in the capital.

Rab filed two cases with Ramna Police Station against him under the arms and narcotics control acts on Monday.

He amassed a huge amount of money through the illegal casino business, tender grabbing and extortion, say statements of the cases.