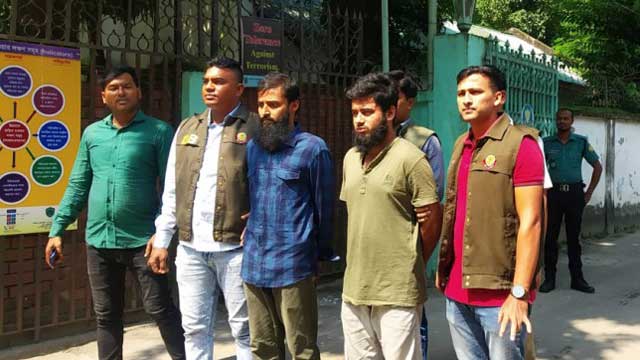 Two suspected members of Neo JMB were arrested in Dhaka in connection with the recent IED attacks targeting police at Gulistan and Science lab.

A team of Counter Terrorism and Transnational Crime (CTTC) conducted a drive in Mohammadpur area and arrested them, according to a text message sent to media from DMP.

Details about the drive could not be known immediately.

On the other hand, two policemen, including a security detail of LGRD Minister Tazul Islam, were injured in an attack when the minister was passing through Dhaka’s Science Laboratory area around 9:20 pm on August 31. The minister was unhurt in the attack.