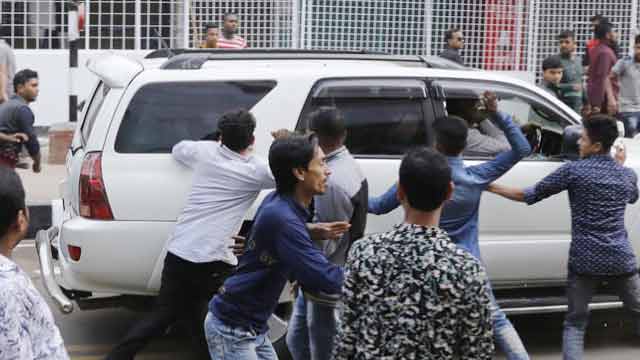 A court has ordered the probe report in the attack on Gano Forum chief and Jatiya Oikya Front convener Dr Kamal Hossain’s motorcade prior to the national polls on Nov 20.

Dhaka Metropolitan Magistrate Rajesh Chowdhury gave the order after to Darussalam police after they failed to submit the report in Wednesday (Oct 16).

According to the case documents, on Dec 14, activists of the ruling party affiliate bodies attacked Dr Kamal’s motorcade while returning from the martyred intellectuals memorial in Mirpur.

They allegedly wielded knives and sticks during the attack where ASM Abdur Rab and Reza Kibria were accompanying the veteran politicians and also vandalised his car.

On Dec 15, BNP candidate for Dhaka-14 Syed Abu Bakar Siddique filed a case against 12 Awami League activists over the attack.