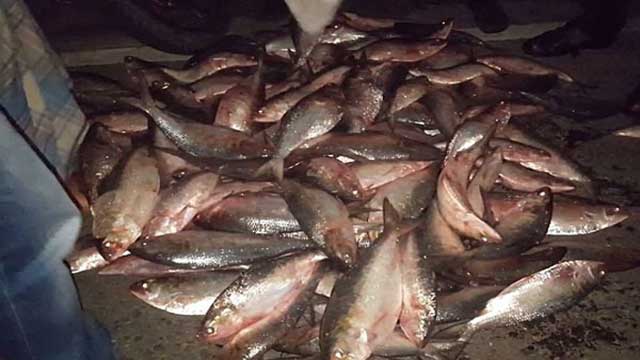 The government imposed a 22-day ban on catching, selling, hoarding and transporting Hilsa from October 9 to 31 to ensure their safe spawning.