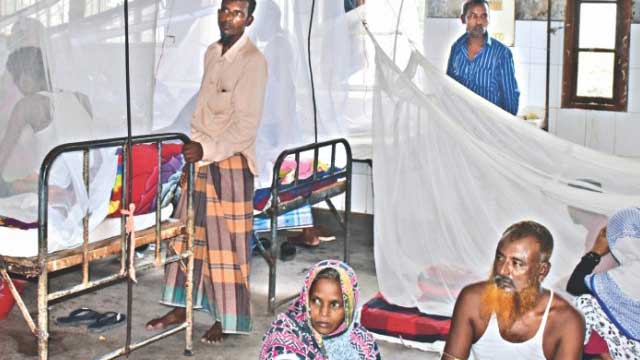 A man died in Barishal while a total of 248 dengue patients were hospitalised across the country in 24 hours till Thursday morning.

The deceased was identified as Babul Hawladar, 30, son of Abdur Rashid of Mithakhali village of Mathbaria upazila in Pirojpur.

Director of Sher e Bangla Medical College (SBMC) Dr Bakir Hossain said Babul was admitted to the hospital at 6 am and died later in the day.

So far 13 people have died after being infected with dengue in the hospital, he said.

Of the 248 hospitalised, 72 were in Dhaka, the Directorate General of Health Services said in a regular update.

Currently, 1,101 patients, including 439 in Dhaka, are being treated at hospitals for dengue.

So far in 2019, the Institute of Epidemiology, Disease Control and Research has reviewed 158 suspected deaths and confirmed 98 had died of dengue.