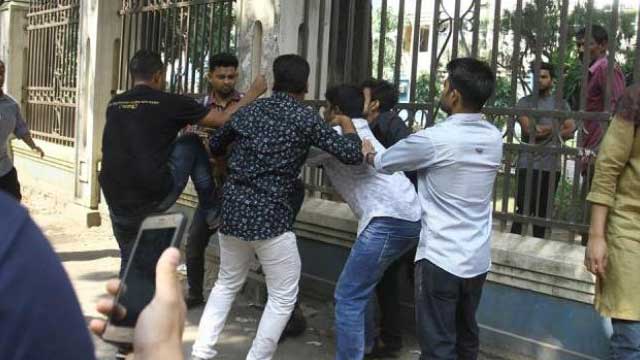 Four leaders and activists of Jatiyatabadi Chhatra Dal were injured in an attack allegedly by some activists of Bangladesh Chhatra League and Muktijuddho Mancha near Madhur Canteen on the Dhaka University campus on Sunday.

The injured were identified as Mamun Khan, Shahjahan Shaon, Tarek Hasan Mamun and Nayeem. They were taken to Dhaka Medical College and Hospital.