Want to see if any plot behind onion price surge: Hasina 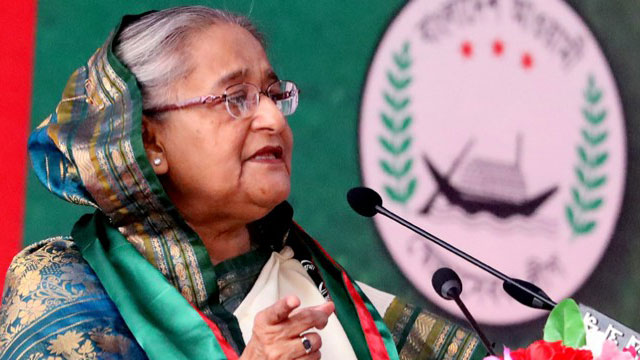 Prime Minister Sheikh Hasina on Saturday said the government wants to see whether there is any conspiracy behind the sudden surge in onion price in the country.

"Onion price is a problem right now…this is right that onion price has surged in different countries, but I don’t know why this price soared abnormally in our country. We want to see if anyone is involved in this conspiracy," she said.

The Prime Minister said this while inaugurating the 3rd national council of Awami Swechchhasebak League, an associate body of Awami League, at historic Suhrawardy Udyan.

A total of 1,975 councillors and around 18,000 delegates joined the council while around 15,000 guests were present, according to organisers.

Swechchhasebak League’scouncillors from across the country will pick their new leadership in the council.

It is natural that the production of a crop may increase or decrease due to weather, she said addingthat there might be some people who want to make quick buck by raising the onion price through hoarding. "But they’ve to think that onion cannot be preserved for a long time…these might get perished."

Hasina said there are efforts to dry the perished onion. "Then why are you giving this pain to people?We’ve to see who’re re the people behind this."

The Prime Minister alleged that when the country is advancing and people are living in peace, there are some vested quarters who are trying to confuse people by creating issues."I’ll urge people not to get confused and find out the real reason."

She said the onion pricein India is also very high and it is currently is selling there at Tk 100. "But there’s one state from where onion export is not allowed…the onion price in that state is lower."