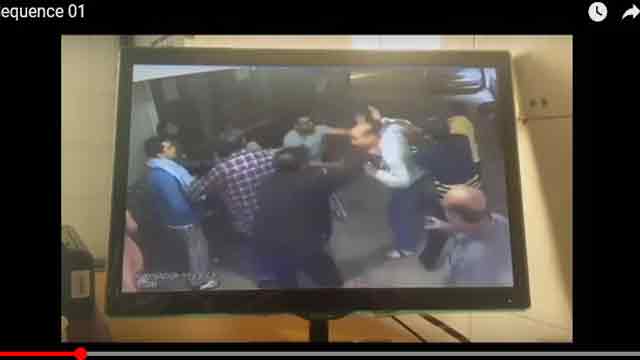 Dhaka, Jan 19 (Just News): A man died in the capital city on Friday after he was allegedly beaten up by his neighbours for protesting at playing music at an excessively high volume on the rooftop of their residential building.

The deceased is Md Nazmul Haque, 65, a former government official. Police detained five people in connection with the incident.

The incident took place at 44, RK Mission Road of the capital.

Nazmul Haque's banker son JM Nasimul Haque alleged that the Gaye Halud (a pre-marriage ceremony) of Ridoy, a nephew of the building’s Flat Owners' Association general secretary Altaf Hossain, was organised on the rooftop of the building on Thursday night.

“On the occasion, the event organisers were playing the music so loudly that the entire building was rattling,” said Nasimul.

He alleged that the Gaye Halud programme continued till deep into the night.

Nasimul went on to say that his father - a heart disease patient who had a by-pass surgery in recent past - was not being able to sleep, thanks to high volume of the music.

"Then I went downstairs and informed the caretaker about the matter," added Nasimul.

He said, "Altaf Hossain misbehaved with me when the caretaker informed him about our complaint."

As a sequel to the incident, Altaf Hossain, his wife, nephew and others, numbering seven to eight people, gathered downstairs at 11:30am on Friday.

"They called me in by the caretaker. When we along with my father came down, Altaf Hossain, Ridoy and others swooped on me and when my father tried to stop them, they beat him up. My father fell down on the floor,” he alleged.

He said his father died on his way to hospital.

Dhaka Metropolitan Police (DMP) assistant commissioner of Wari Zone Md Sohel Rana said they have collected footage of the incident from the CCTV and they have talked to Nazmul's son and daughter.

The police official said they attacked Nasimul Haque and they also attacked his father as he tried to protect him.

Eight to ten people joined the attack, he added.

Sohel Rana said, "Nazmul Haque died after he was assaulted. The cause of his death could be ascertained upon the receipt of the autopsy report."