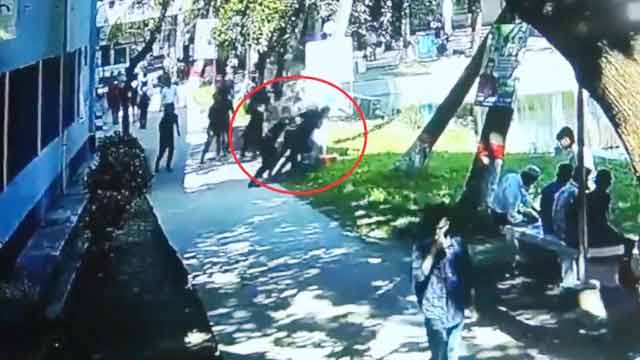 Police arrested five activists of Bangladesh Chhatra League on Monday night over throwing the principal of Rajshahi Polytechnic Institute into a pond on the campus.

With them, 17 accused have so far been arrested in the case.

Earlier on November 2, a group of BCL activists threw their principal Farid Uddin into a pond on the campus for his refusal to allow two students to fill up forms for examination for inadequate class attendance.

The Principal filed a case against 57 with Chandrima police station in the metropolitan city.

Bangladesh Technical Education Board formed a three-member probe body over the incident with department director SM Ferdous Alam as the head.