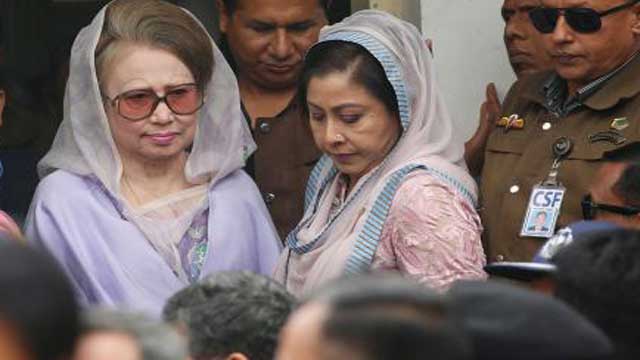 In a tweet, the former prime minister questioned that are not the recent remarks of an ‘unelected’ state minister regarding her under-trial case a clear example of contempt of court.

‘Friday, Jan 19, newspapers reported, an unelected state minister said that Khaleda Zia would be sent to jail in the next 15 days. Isn’t it a clear case of contempt of court? People are watching how the judiciary protects its independence?’ read the tweet of Khaleda Zia posted in both Bangla and English.

The state minister for local government rural development and cooperatives Mashiur Rahman Ranga on Friday in Cox’s Bazar said that the BNP chairperson would be in jail in 15 days.