One killed in gunfight with police in Rangpur 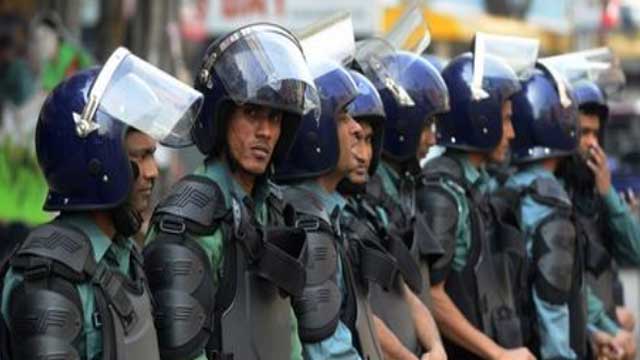 Rangpur, Jan 22 (Just News) : A suspected robber was killed in a 'gunfight' with police at Dharmadas in the city early Monday.

The deceased was identified as, Rajab Ali, 35, a member of an inter-district robber gang and hailing from Durgapur village in Palashbari upazila of Gaibandha.

Being tipped off that a gang of robbers was preparing to commit robbery in the area a police team conducted a drive there at 4:00am, said Saifur Rahman, additional superintendent of police.

Sensing the presence of the law enforcers, the robbers opened fire on police, prompting them to retaliate that triggered a gunfight.

At one stage, Rajab was caught in the line of fire and died on the spot while others managed to flee the scene.

Police recovered one pistol and one locally made weapon from the spot.The body was sent to Rangpur Medical College Hospital morgue.

Rajab Ali was accused in 12 cases, including robbery, filed with different police stations in Rangpur and Gaibandha. unb