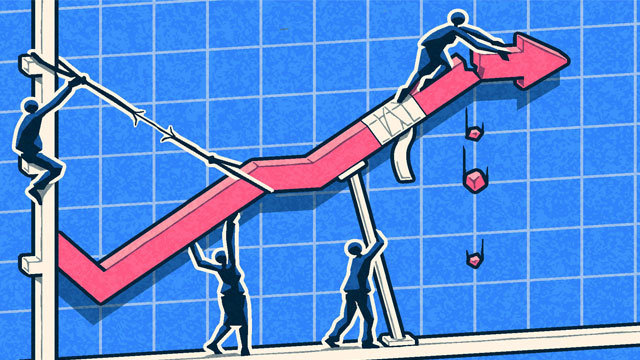 Outstanding results in higher education do not guarantee a good job for graduates in Bangladesh, according to a study of Bangladesh Institute of Development Studies (BIDS).

The BIDS study reveals as many as 28 to 34 per cent of the students remain jobless despite obtaining first class in honors and masters. 75 per cent of those able to manage a job are paid below Tk 40,000 a month.

The BIDS research led by its director general KAS Murshid was conducted through social media.

The study says one third of the educated youth is unemployed. The unemployment rate is higher among the graduates.

Unemployment rate high among the meritorious

Meanwhile, one in every 3 students who got GPA-5 in SSC failed to get any job. 31 per cent of the highest grade achievers in HSC are unemployed.

According to International Labour Organisation (ILO), those who do not get at least one hour's work for earning in a week are unemployed. According to this definition, there are 2.7 million unemployed people in our country.

Noted economist Zahid Hussain told Prothom Alo, “It’s frustrating that a student with master’s degree can’t get a job with Tk 10,000 salary. They don’t get preferred job or they simply don’t have the degree according to market demands. As a result, the investment the society and the state made for their education goes in vain. Thus we are losing educated labour force.”

The BIDS research also shows that 45 per cent of the master’s degree holders with over 3.5 Cumilative Grade Point Average (CGPA) get more than Tk 40,000 as monthly salary.

Zahid Hussain said academic results are not the only criteria of better job but students with higher results get priority in getting job. In later career, promotion and salary hike depends on how the employee is performing in jobs. He said students with higher academic achievements expect better jobs but they get frustrated when things do not go according to their expectations.

When Asked, BIDS DG KAS Murshid said, "Our education system is not suitable for job market."

He said they are doing detailed research on capacity and capability of whole job market of Bangladesh. More information would be revealed through that research.-Prothom Alo