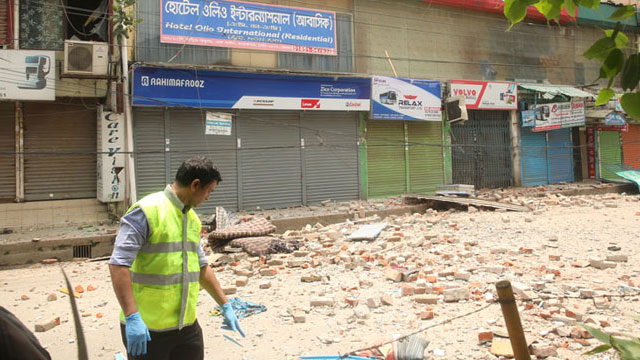 Police today pressed charges against 14 activists of the banned militant outfit “Neo JMB” in a case filed in connection to the hotel blast in Dhaka's Panthapath area on August 15, 2017.

On August 15, 2017, a suspected suicide bomber of “Neo JMB” was killed during an anti-militancy operation at a Dhaka hotel as counter-terrorism officials claim he had planned to carry out an attack on the crowd paying homage to Bangabandhu on National Mourning Day at Dhanmondi 32.

The hotel is half a kilometre off Bangabandhu Memorial Museum, the historic house in Dhanmondi where the Father of the Nation was brutally killed along with most of his family members on August 15, 1975.