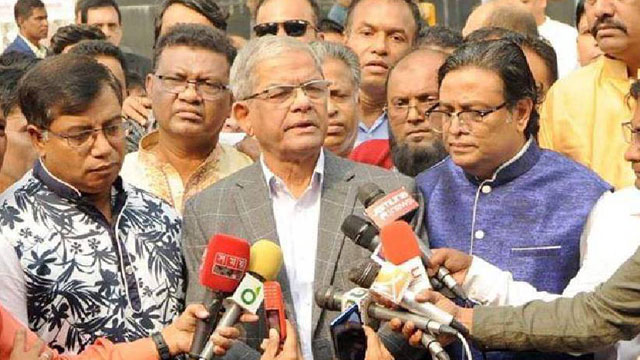 BNP secretary general Mirza Fakhrul Islam Alamgir on Monday called upon people to put up a strong resistance against the government as the country is hit hard with the worst form of social and political corruption.

“Corruption in Bangladesh has become all-pervasive. The economy has almost got shattered due to corruption. Apart

from financial corruption, sociopolitical corruption in the country has taken a turn for the worse,” he said.

The BNP leader came up with the remarks while talking to reporters after placing wreaths at the mazar of party founder Ziaur Rahman together with the new committee members of Jatiyatabadi Samajik Sangskritik Sangstha (Jasas).

He said corruption has reached such a level that the Anti-Corruption Commission Chairman and an MP has engaged in war of words over the graft issue.

Fakhrul said the country’s economy is now at a stake due to widespread corruption, share market and bank scams and ‘plundering’ from quick rental power and mega projects.

He said the government is arresting only some small fish in the name of its drive against corruption. “No action is being taken against the big fish who grasped all powers. Not only that, the election process has been destroyed through corruption and thus the government has usurped power. I think the people of Bangladesh must put up a resistance against all-pervasive corruption.”

About Awami League General Secretary Obaidul Quader’s remark that BNP is making complaints to foreigners having failed to wage any movement, Fakhrul said such comments of the ruling party leaders have no meaning and importance to people.

“They (AL leaders) have no other option but to make such remarks as they’ve no scope to go to people. Also, they have no basis in the politics of Bangladesh,” he added.

The BNP leader said Awami League should go to people to restore its real position in politics.

He urged the Prime Minister to take steps for holding a fresh election under a neutral administration annulling the results of the 11th parliamentary one to establish a representative and pro-people government.