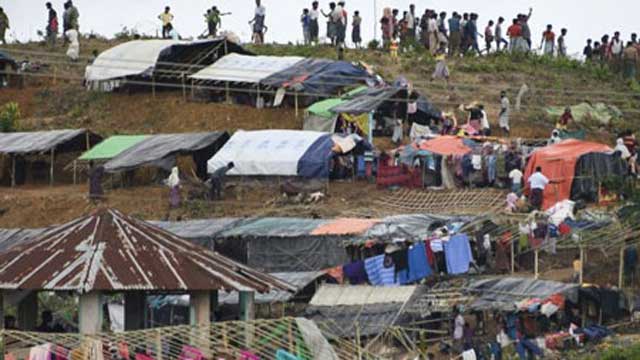 The deceased was identified as Yousuf Ali, 50, a resident of block D of the camp. He worked as an imam at a mosque of the camp.

Some assailants attacked Yousuf when he went out his tent for calling for prayer (azan) early in the morning and stabbed him, leaving him dead on the spot, said Abul Khayer, officer-in-charge of Ukhia police station.

Earlier on Friday night, a Rohingya man was shot to death by miscreants at a Rohingya camp in Thaingkhali area of Ukhia.