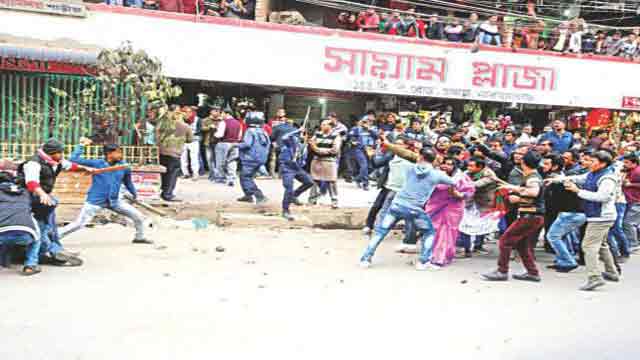 Narayanganj, Jan 23 (Just News): A murder complaint has been lodged in Narayanganj claiming an attempt to kill its city corporation Mayor Selina Hayat Ivy during the recent clash there on January 16.

About eight to 10 ruling Awami League men have been accused in the complaint, including one Niajul Islam, an alleged loyal to lawmaker Shamim Osman who was seen brandishing a firearm.

Abdur Razzak, officer-in-charge of Narayanganj Sadar Police Station, said: “The complaint was not recorded as a case yet. The high officials will take decision regarding this after an investigation”.