One killed in gunfight with police in Chuadanga 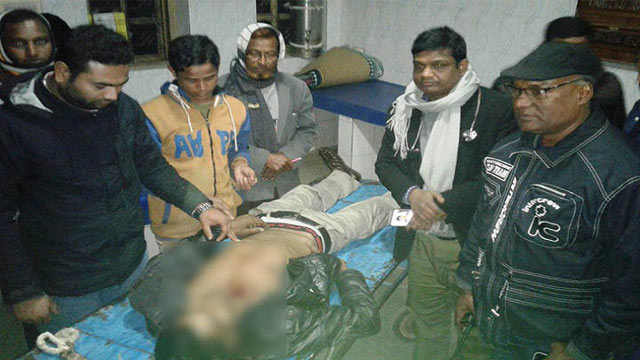 Chuadanga, Jan 24 (Just News) : An alleged robber was killed in a 'gunfight' with police in Jibannagar upazila early Wednesday.

According to Jibannagar Police Station sub-inspector Abdul-Al-Mamun, Imam, son of Fakhruddin Bapari, was a resident of Chandpur village in Sadar upazila.

On secret information that a group of robbers were taking preparation to commit robbery in Santoshpur area around 1:00am, a team of law enforcers conducted a drive in the area.

Sensing presence of the team, the robbers opened fire on police, forcing them to fire back that triggered a gun-battle.

Iman Ali was caught in the line of fire, said an eyewitnesses account of the scene.

He was rushed to Chuadanga Sadar Hospital where the on-duty doctor declared him dead, the SI added.