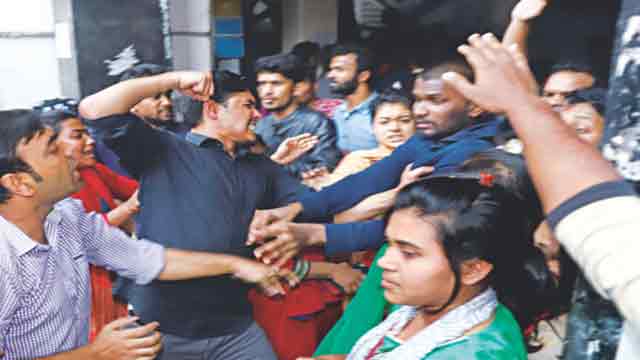 Dhaka, Jan 24 (Just News): Road transport and bridges minister Obaidul Quader on Wednesday said that action would be taken if any Bangladesh Chhatra League activist was found responsible for attacking students at Dhaka University on Tuesday.

Obaidul said the vice-chancellor of DU, Professor M Akhtaruzaman, told him that Chhatra League activists along with common students save him from attack Tuesday afternoon.

Pointing the incident of breaking three collapsible gates by the students to confine Professor Akateruzzman to his office, the minister said it could not be a way of democratic movement.

If any Chhatra League activist was found guilty for the attack on students, action would be taken as actions were taken earlier.

Obaidul also said that the recently approved ride sharing service policy would be implemented within a month.

He would meet the stakeholders of the ride sharing services on January 31 to discuss the issue, the minister said.