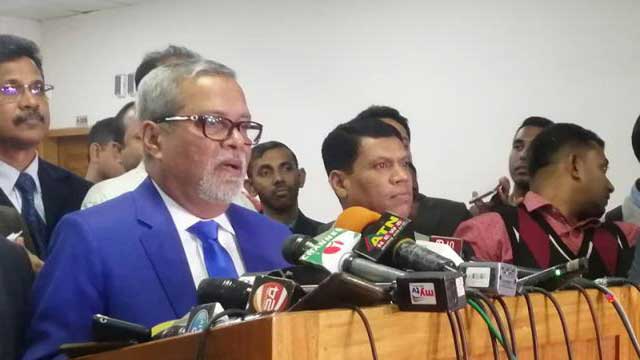 The Election Commission has rescheduled the Dhaka city elections for February 1 amid growing protests and demand to defer the polls.

The fresh decision came after the hours-long emergency meeting at Nirbachan Bhaban in Dhaka on Saturday night.

The Hindu community and Dhaka University students were demanding the deferment of the elections as Saraswati Puja, one of the biggest festivals of the community, falls on the same day, January 30.

Top mayoral aspirants also urged the commission to revise the polls schedule so that the Hindu community can smoothly celebrate the festival.

A group of Dhaka University students began observing fast unto death from January 16 and many of them fell sick during the hunger strike.

Meanwhile, Bangladesh Jatiyo Hindu Mohajote urged their community people to refrain from voting if the Election Commission did not reschedule the upcoming elections.

On January 14, the High Court rejected a petition seeking deferment of the January 30 elections.

An appeal petition was filed with the Supreme Court on January 16 challenging the High Court order.