Those entering Bangladesh from China, Korea to be kept under surveillance 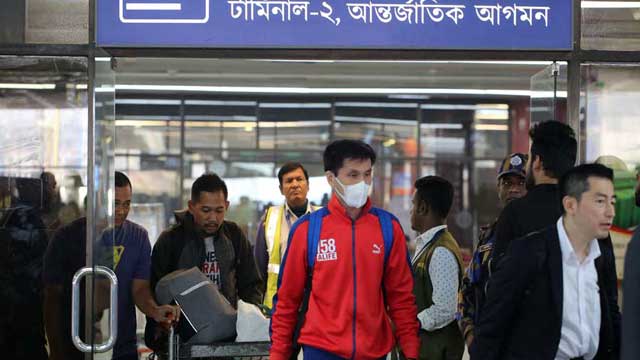 Foreign Minister AK Abdul Momen has said the government will keep a close watch on people entering Bangladesh from China and South Korea.

He made the statement while talking to journalists after a program at a hotel in Dhaka on Tuesday.

The minister made the comment in the wake of the coronavirus outbreak, particularly in Wuhan and other cities in central Hubei province of China.

He said: "We will keep their records so that we can track them if anything goes wrong."

The contagion, which experts believe emanated from a wild animal market in the city of Wuhan last month, has triggered a desperate Chinese containment effort after spreading nationwide and to more than a dozen other countries.

The death toll in the outbreak rose to 106 and the number of confirmed infections doubled to over 4,500.

He said: "Many countries, including Bangladesh and India, have applied to the Chinese authorities to bring their citizens back to their own counties. But it is not possible without China's permission. A discussion is going on about the issue."

Meanwhile, Prime Minister Sheikh Hasina ordered government officials to bring back of Bangladeshis who are stuck in China and want to return home.

Sharing the prime minister's order, State Minister for Foreign Affairs Shahriar Alam on Monday said on a Facebook post: "I have already started discussions with the Chinese government in this regard."