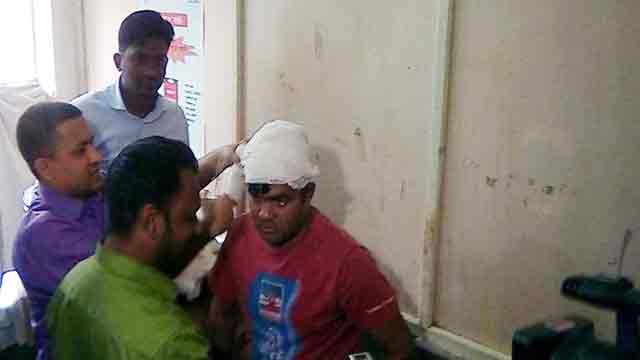 Sylhet, Jan 25 (Just News): Two journalists were injured in an attack allegedly by the followers of an Awami League leader in Court area of Sylhet this morning.

The two came under the attack when they were recording video footages of Liaquat Ali, general secretary of Awami League (Jaintapur unit), just after he was denied a bail petition by a local court in a murder case, the correspondent reports quoting witnesses.