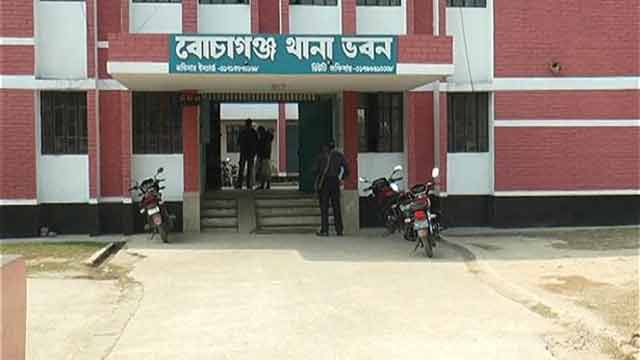 A suspected drug trader was killed in a clash between two groups of criminals over controlling drug business in Hatrampur Shalbagan area in Bochaganj upazila early Tuesday.

The deceased was identified as Ayub Ali, 55, son of Abdur Rahman in Rail Colony area of the upazila.

Quoting witnesses, Ruhul Amin Talukdar, officer-in-charge of Sribordi Police Station, said there was an enmity between Tara Mia and Mahfuz over controlling drug business in the area.

ATM Golam Rosul, officer-in-charge of the Detective Branch, said as a sequel to the enmity, the supporters of the two groups attacked each other after midnight, leaving Ayub injured.

He also said that DB police fired seven rounds of bullets to cool the situation.

A shutter gun, two rounds of bullet, two cocktails, two draggesr and 200 Yaba tablets were recovered from the spot.

A case was filed.