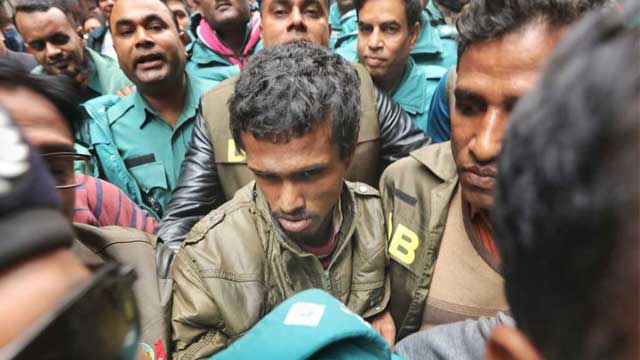 A Dhaka court has asked the investigating officer (IO) to submit by March 16 the probe report of the case filed for raping a Dhaka University (DU) student.

Metropolitan Magistrate Begum Yasmin Ara passed the order on Sunday as Abu Siddique, a Detective Branch (DB) inspector and the investigation officer in the case, failed to submit the probe report by an earlier scheduled date.

After recording his statement, the court sent Mojnu to jail.

On January 5, a DU student was attacked and raped by the side of Airport Road in Dhaka's Kurmitola area.

The rape incident sent shockwaves across Bangladesh and triggered demonstrations and protests by students and humanitarian organizations.

He was later handed over to the DB police, who are now investigating the rape case filed by the victim's father with the Cantonment police station on January 6.